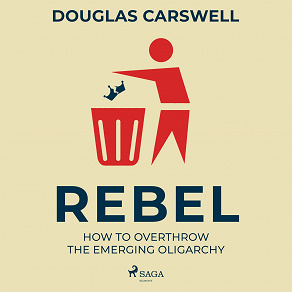 Rebel: How to Overthrow the Emerging Oligarchy

by Douglas Carswell
Politics has never been more unpredictable. Radical populists and insurgents have turned politics-as-usual on its head. 'Rebel' explores how we got here, where we are heading and what we can do about it.

Douglas Carswell argues that these insurgencies are a reaction against the emergence of a political and economic oligarchy that has subverted our democracy and stifled our market system. 'Politics,' he writes, 'is a cartel. Like the economy, it is rigged in the interests of a few.' This leaves our liberal, democratic order – the mechanism that has allowed a historically unprecedented proportion of humanity to flourish – facing a twin assault: oligarchs on the one hand, radical populists on the other.

In the face of these twin threats, Carswell mounts a robust defence of the liberal, democratic order. Drawing on his first-hand experience in taking on – and beating – the established political parties, he proposes a profound reform of politics and capitalism to free us from the cartels, listing the practical steps needed to make this revolutionary change happen.


Douglas Carswell grew up in Uganda. Elected to Parliament four times, for two different parties, he ended up as an independent MP. He stood down from Parliament in 2017, having accomplished what he went into politics to achieve. He is the author of 'The Plan: Twelve Months to Renew Britain' (with Daniel Hannan) and 'The End of Politics and the Birth of iDemocracy'.
Listen to sample
Log in to borrow