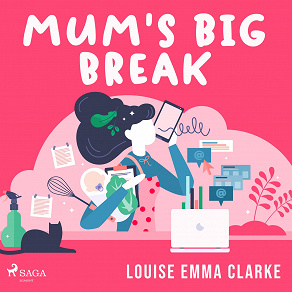 by Louise Emma Clarke
Life in the spotlight was never going to be easy...

Jess's life was turned upside down when her blog went viral.
Now, with hundreds of thousands of followers, Jess is now navigating the trials and tribulations of a world online.

Being a mummy blogger was originally an escape, but now it seems to be turning into a career. And after one wrong post on her social media channels, Jess discovers that life in the spotlight isn't always peachy.

With a new baby on the way, the possibility of starring in a reality TV show and a husband who's struggling with his wife's new-found fame, Jess has a lot going on.

Jess needs to decide whether this is everything she wanted it to be or whether this is all a bit too much for her? Can Jess persevere against the haters, rise up above the pettiness and find the perfect balance of life in the real world and life online?

Louise was educated at the University of Southampton, before moving to London to begin a career in publishing at magazines and newspapers including Daily Express, and Woman's Weekly.

In 2010, Louise moved to Dubai and worked as a freelance journalist. She started her blog in 2014. It quickly attracted a loyal following of over 100,000 mothers across the globe and won numerous awards.

Now living in the UK countryside, Louise is moving into novel writing with the publication of 'From Mum With Love' in February 2019.
Listen to sample
Log in to borrow